Can a Truck Driver Be Fired for an Accident? 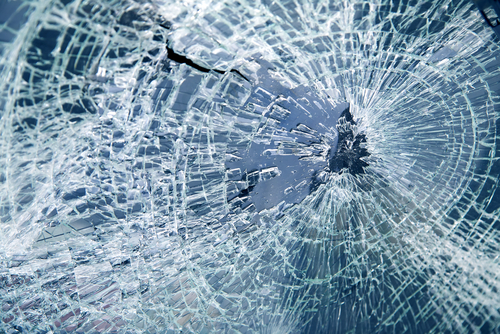 It Depends on the Wreck & the Driver, Says a Truck Accident Lawyer

Yes, truckers can be fired for being in just one crash. That does not mean, however, that truck drivers are always or necessarily fired when they’re involved in wrecks.

In fact, whether truck drivers retain or lose their jobs after an 18-wheeler accident can depend on several factors, including (but not limited to):

When Do Truck Drivers Get Fired for Accidents? 7 Circumstances

Here’s a closer look at some of the most common types of accidents after which truckers are usually fired (or an IC’s contract is typically terminated).

1. Driving Under the Influence

Many motor carriers have zero-tolerance policies for alcohol and drug impairment on the job. That’s because they usually know they’ll be liable if their employees are impaired and cause accidents while they’re on duty. Consequently, several motor carriers consider impaired driving to be a fireable offense, regardless of whether it ends in a wreck.

Speeding is a leading cause of 18-wheeler accidents, according to the latest data from federal regulators. Like impaired driving, speeding is 100% avoidable.

Motor carriers commonly consider drivers who speed a liability. That’s why truckers’ jobs are often on the line when their speeding causes wrecks. The chances of being let go after an accident involving speeding will skyrocket if:

Road rage and violence tend to be strictly prohibited by motor carriers. Like impaired driving and speeding, violence can subject trucking companies to liability—so it’s not uncommon for them to have zero tolerance for it.

That generally means that motor carriers are more likely to fire truckers when their road rage causes wrecks or when they act violently after a crash.

4. Failing to comply with company protocols

Depending on what motor carriers transport, they may have certain safety procedures in place, like protocols for securing and checking cargo, fixing trucks, and more. When violations of these protocols play a role in accidents, truckers can get the ax.

5. Failing to comply with trucking regulations

Just like company protocols, federal trucking regulations are in place to protect motorists, prevent wrecks, and promote the safe transport of cargo.

18-wheeler accidents resulting from a failure to abide by these regulations may not just cause a trucker to be fired from a current gig—it may also prevent that driver from being hired in the future.

When a trucker causes an accident that could have been prevented had (s)he simply been more careful, motor carriers may not be very forgiving. That can be especially true if a crash ends in serious or fatal injuries.

While some companies may fire, suspend, or otherwise penalize drivers after preventable wrecks, many will fire truckers who have:

7. Damage to company or client property

Whether a motor carrier’s truck’s get damaged or a client’s property is destroyed in an accident, it’ll usually cost the company money. Sometimes, the company’s reputation and relationships may also be on the line.

Regardless, motor carriers are more likely to let go of truckers who cause accidents that result in significant damage to the company property, profits, relationships, and/or reputation.

If you’re ever involved in a job-related truck accident, remember these important facts: