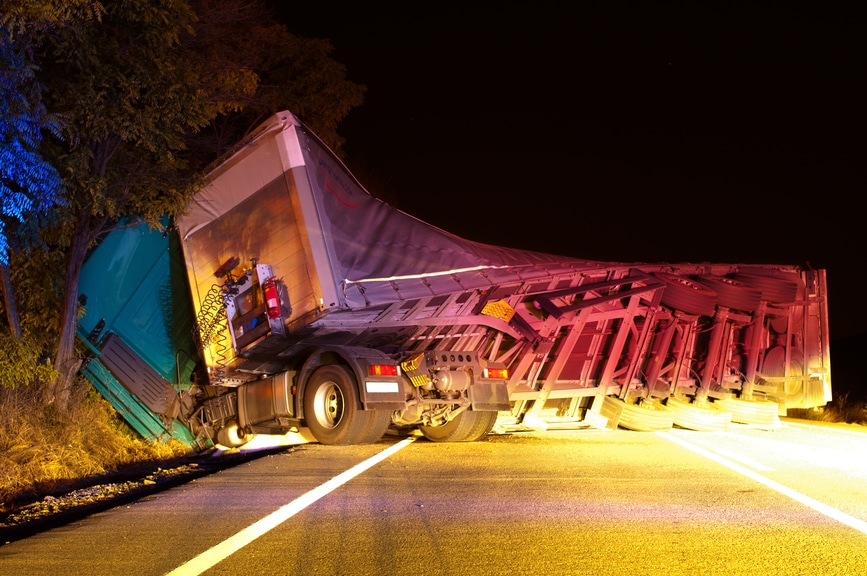 A series of fatal accidents in Houston included an 18 wheeler accident on the city’s northeast side. At least five fatal accidents occurred last Saturday night on Houston’s freeways, one of the deadliest nights for drivers and pedestrians in recent history. Several other 18 wheeler accidents happened across the state this past week. An accident near Beaumont involved a senior citizen and ended with an overturned tractor trailer. An incident near Denton last week involved a tractor trailer and a cement mixer.

Details of the Houston 18 Wheeler Accident

A driver on the North Loop East freeway in North Houston perished in a fatal 18 wheeler accident just after midnight Saturday night. The driver attempted to pass a slow-moving tractor trailer on the freeway’s eastbound lanes. The vehicle clipped the rear of the truck. Struck a retaining wall and overturned. Local firefighters were called in when the vehicle burst into flames. Paramedics retrieved the driver, but he died later at a local hospital. The truck driver was not injured in the 18 wheeler accident, and his truck sustained only minor damage.

Details of the Beaumont 18 Wheeler Accident

A tractor trailer careened off the freeway just west of Beaumont. The truck driver, an 80-year-old man from Beaumont, was driving in the eastbound lanes of Interstate 10 when he reportedly lost control of his tanker truck. The driver was transported from the 18 wheeler accident site to a Houston hospital. Troopers with the Texas Department of Public Safety are investigating to determine if any medical conditions were to blame for the the 18 wheeler accident.

Details of the Denton 18 Wheeler Accident

An 18 wheeler accident involving a tractor trailer and a cement mixer caused severe traffic delays near Denton. The accident occurred on Interstate 35 near the University of North Texas campus during the Monday morning rush hour. Reports from Denton police show that one vehicle crossed the center line, forcing both vehicles off the highway. Police have not released any details on injuries related to the 18 wheeler accident, but did say that one of the drivers was transported to a local hospital.

A serious 18 wheeler accident near Wichita Falls left two people hospitalized. A report from DPS troopers stated that a tractor trailer was traveling southbound on Highway 287. The report showed that the tractor trailer struck a driver who was changing a flat tire on the side of the road. Troopers also stated that the truck also injured a passenger in the disabled vehicle. Troopers arrested the driver and charged him with two counts of accident causing serious bodily injury.

Know Your Rights in an 18 Wheeler Accident Lawsuit