Texas Has More Truck Accidents Than Any Other State in the U.S. 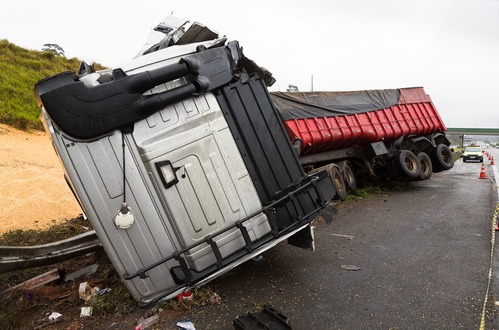 Texas Has Led the Nation in Truck Wrecks for More than a Decade, FMCSA Data Shows

Since at least 2008, more truck accidents have happened on Texas roads than in any other state in the U.S. That’s according to the latest reports from the Federal Motor Carrier Safety Administration (FMCSA), which also shows that on an average day in Texas:

Here’s a closer look at why Texas has the most truck accidents in the U.S, along with other states that lead the nation in 18-wheeler wrecks.

Why Does Texas Have So Many Truck Wrecks?

A combination of industry factors, transportation infrastructure, and more has made Texas a leader in truck accidents year after year.

Texas ranks 17th for having the poorest road conditions in the U.S., according to a recent study. In fact, that research reported that:

Texas is one of the most populous states in the nation. The sheer volume of people in the state means that more drivers are on the roads at any given time. It also creates a greater need for trucks to be operating within the state, delivering the goods and materials Texans need.

Top 10 States with Most Truck Accidents

Hurt in a Truck Wreck?

No matter where a truck wreck happens in the U.S., victims can get answers about their rights and legal options by consulting with an experienced lawyer.

The aftermath of an accident can be painful and disorienting. With an attorney in your corner, you can be confident your rights are protected as you pursue recovery.