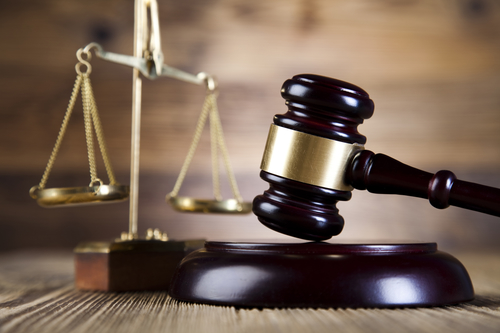 The ruling bars a family from pursuing a survival action, but it may close a loophole in the law.

The family of an oil truck driver who was killed in a job-related wreck is not legally permitted to pursue a survival action against the motor carrier that employed him. Instead, the victim’s parents and sister are limited to workers’ compensation, according to a recent ruling from the Texas Supreme Court.

While the ruling is not the justice the family was hoping for, it could lead to major changes in Texas laws, closing a loophole that has been letting some employers get away with illegal and deadly practices.

The incident at the heart of this case is a deadly wreck that occurred on May 30, 2012. It involved a 2007 Mack truck owned and operated by Mo-Vac Service Company, Inc. Mo-Vac is a motor carrier operating within the oil and gas sector.

The driver, an oil field liquid hauler, reportedly fell asleep or lost control of the truck right before the crash happened. That caused him to swerve offroad into a grassy shoulder area where he hit a delineator pole and rolled over.

While the driver suffered torso trauma and many other serious injuries, his death was ultimately attributed to positional asphyxiation, suffocation due posture that fatally impairs breathing.

The driver’s parents and sister filed a wrongful death case and survival action against Mo-Vac (Case No. C-5132-14-D), alleging that the driver was “extremely tired and exhausted” at the time of the fatal oil hauler crash. In the complaint, the plaintiffs also contended that:

Mo-Vac moved to dismiss the case. While the trial court denied Mo-Vac’s first motion for dismissal, the court granted the motion for reconsideration, as well as the motion for no-evidence summary judgment filed with it.

With this ruling, the trial court agreed with Mo-Vac that:

With this decision, the appellate court remanded the case back to the trial court “for further proceedings consistent with this memorandum opinion.” Before that could happen, however, Mo-Vac filed an appeal.

The issue at stake was whether Mo-Vac’s role in causing the deadly wreck qualified as either:

Ultimately, the high court ruled in favor of Mo-Vac, finding that, “the record bears no evidence that Mo-Vac intended a driver be killed on the job or that Escobedo’s crash due to his grueling schedule was substantially certain.”

Therefore, by law, the victim’s parents and sister are not permitted to pursue a survival action against Mo-Vac. They can only seek compensation via Texas workers’ compensation laws.

Those laws, however, may not serve justice or public safety, according to Justice Eva Guzman.

In fact, in an opinion issued on June 12, 2020, Justice Guzman explained that:

A hardworking Texan died alone on the side of a highway in a foreseeable accident that likely would not have occurred but for his employer’s intentional disregard of laws enacted to protect workers and the public. Though precedent compels me to concur in the Court’s conclusion that the Texas Workers’ Compensation Act provides the exclusive remedy for the Escobedo family’s heart-wrenching loss, I write separately to urge the Legislature to align the Act with Texas’s wrongful-death statute by extending the Act’s exemplary-damages exception to parents who have lost a child, like the Escobedo family… the exemplary-damages remedy in section408.001(b) is unavailable not because the alleged conduct does not rise to the level of gross negligence but because Fabian had no wife or child to grieve him.

She concluded with a call to action for Texas legislators:

In a perfect world, employers would do the right thing simply because it is the right thing to do. But we don’t live in a perfect world. We live in a world that requires laws, regulations, and disincentives to help ensure employers don’t do the wrong thing. Without meaningful consequences for engaging in prohibited conduct, laws are not effective. On that score, the Workers’ Compensation Act has a loophole that unwittingly permits employers to engage, with impunity, in unsafe practices. I believe the tragic circumstances presented here make a strong case for aligning the Workers’ Compensation Act with the Wrongful Death Act, and I call on the Legislature to do so.